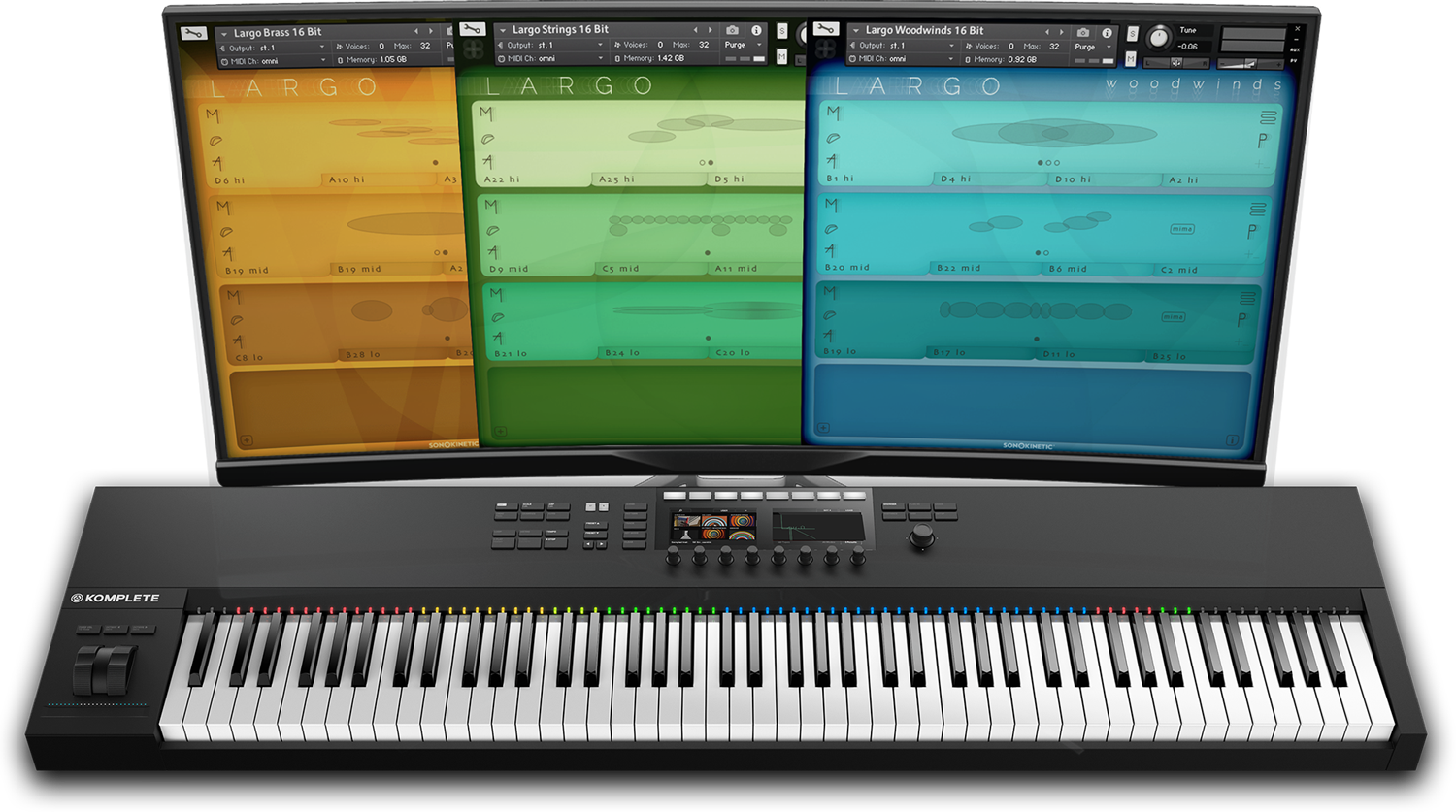 Bringing majestic melodies to your compositions

Ever since we started our phrase-based sampling odyssey there’s been something we’ve longed to capture: The slow and stately sound of strings melodies, woodwind chord ensembles and smooth brass lines have been on our wish-list for years. Now, we present “Largo”, where we have finally created a set of performances that typify the kind of scoring of classic film scores and historical features. The emphasis here is on strong thematic writing with smooth, yet dramatic transitions between the notes.

In musical terminology, “Largo” literally means slow and we took this at face value, asking our orchestra to perform at a stately 75 BPM. That doesn’t mean that you can only use these phrases for sombre pieces as the engine adapts the phrase playback to any speed of project. With Largo we always kept versatility in mind. This means legato, portamento, staccato and staccatissimo styles have been captured, as well as harmonics, glissandi and many other techniques which are impossible to reproduce realistically with traditional multi-sampled orchestral libraries. Largo covers many bases with pristinely captured performances available in all root keys.

More than ever, the “Harmonic Shift” functionality of the interface comes into its own. As Largo contains so much strong thematic material, it’s really inspiring to utilize the Harmonic Shift capabilities to create unexpected melodies and harmonies.

Of course all of the stuff you would expect in a Sonokinetic phrase-based instrument is there, so if you've used any of our instruments before you will be able to put Largo to work right away without any trouble. Within minutes you'll be adding themes and melodies to your palette.

Using our midi drag and drop functionality to double the orchestral phrases with your own instruments has never been easier. The full score is also available within the interface so you can peek under the hood and see how the phrases have been composed and this also makes Largo a valuable learning tool.

Add Largo to your wishlist!